MOPIA is unique to Manitoba and to the World. We are a government-appointed multi-stakeholder, non-partisan, not-for-profit organization designed to foster environmental protection of the stratospheric ozone layer and to mitigate climate change. MOPIA strives to encourage industry participation and progressive government regulatory policy to protect our atmosphere from harmful halocarbons. We have been doing this since 1994!

The organization is driven by a volunteer Board of Directors and by various paid staff positions. MOPIA does not receive any core government funding or corporate sponsorship funding, rather revenues are modelled by various fees paid by the industry that use and/or handle regulated substances or products. MOPIA is self-sustaining and successful in its stewardship approach.

The goal of the Manitoba ozone protection initiative is to work towards protection of the stratospheric ozone layer through the control, reduction and eventual elimination of emissions of ozone depleting and climate changing substances to the atmosphere. This includes an innovative partnership between industry, the public and government. MOPIA is committed to working within our objectives to successfully accomplish this challenging goal.

There are three levels of membership: 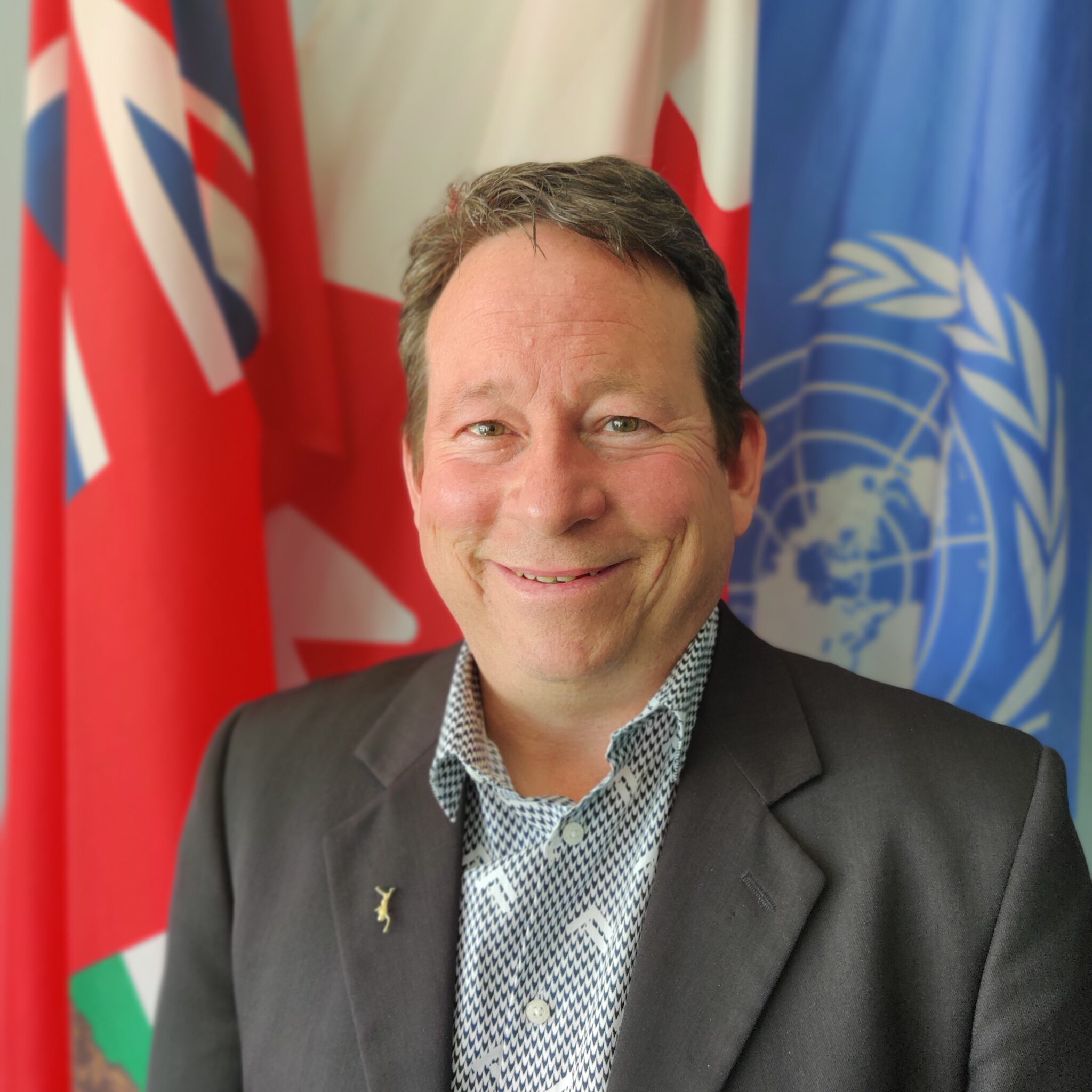 Since MOPIA’s inception in 1993/94, Mark has held the position of Executive Director. He was also the founding Executive Director of the Manitoba Geothermal Energy Alliance (MGEA), and founding Director General of the Canadian Atmosphere Protection Alliance (CAPA). He serves as a Board member of the Canadian Shield Foundation, the Association for the Study of Peak Oil and Gas and was an accredited Manitoba Coordinator for Earth Day Canada and Board member of the Recycling Council of Manitoba.

Prior to MOPIA, Mark was the RADON Program Coordinator for the Province of Manitoba and developed recycling initiatives in the governments waste reduction and pollution prevention office.

One of his career highlights has been working in collaboration with the OzoneAction Office (DTIE) of the United Nations Environment Programme (UNEP), hosting international capacity building study tours to Manitoba with representatives from nations around the world including China, Burkina Faso, Uruguay, Jamaica, Bahrain and others. And, being involved with The World Bank in a special project to phase-out halons in The Peoples Republic of China. 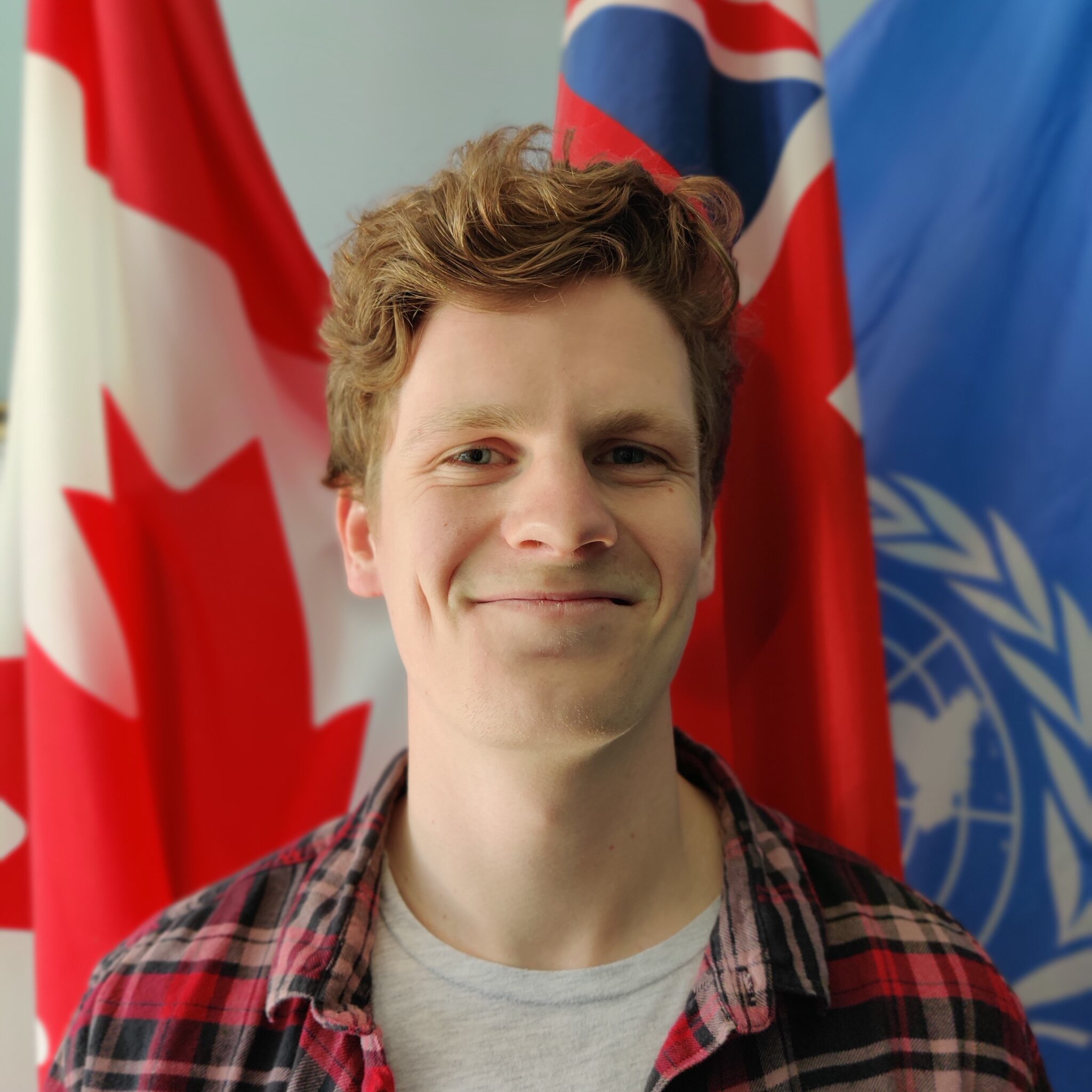 Kyle specializes in developing and improving environmental training programs and policies for MOPIA, allowing for the proper handling and decommission of refrigeration devices, according to the Canadian Government. Training provides individuals with a comprehensive knowledge of proper handling techniques – required for a Manitoba, Environmental Awareness Training certificate.

Kyle grew up on an organic vegetable farm, enjoys playing sports, the drums, and spending time outdoors. He has completed a 4-year Environmental Science degree at the University of Winnipeg. 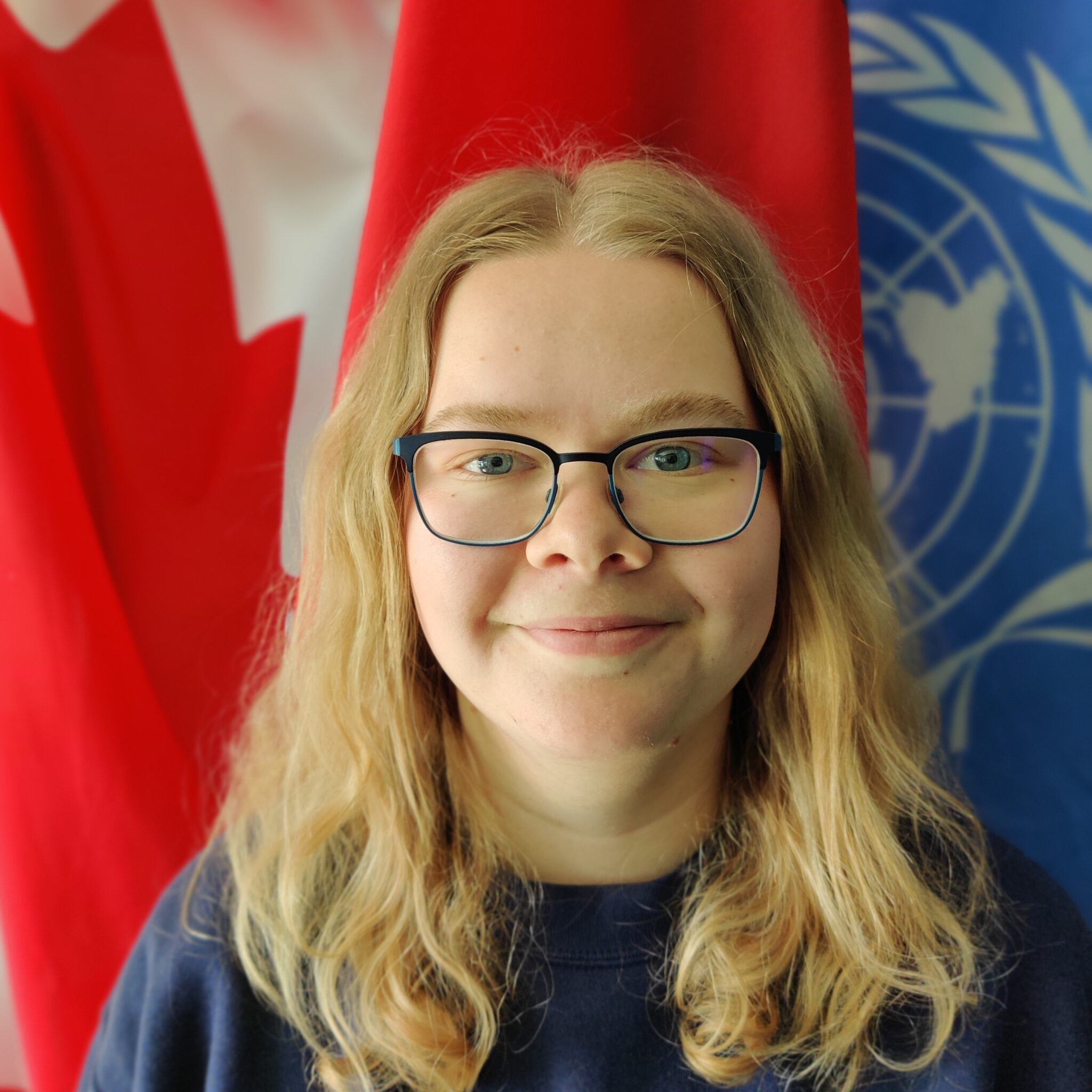 Nicole handles administrative duties to keep the MOPIA office running smoothly. She assists in the distribution of safe CFC handling licenses and data entry. She hopes to help MOPIA accomplish their goal of regulating climate change to create a healthier environment.

Nicole enjoys reading, painting, and drawing. She also loves to cook and create new recipes. On the weekends you can find her outside enjoying the sun with her friends, family, and dog. She has completed a 4-year degree in Environmental Studies from the University of Winnipeg. 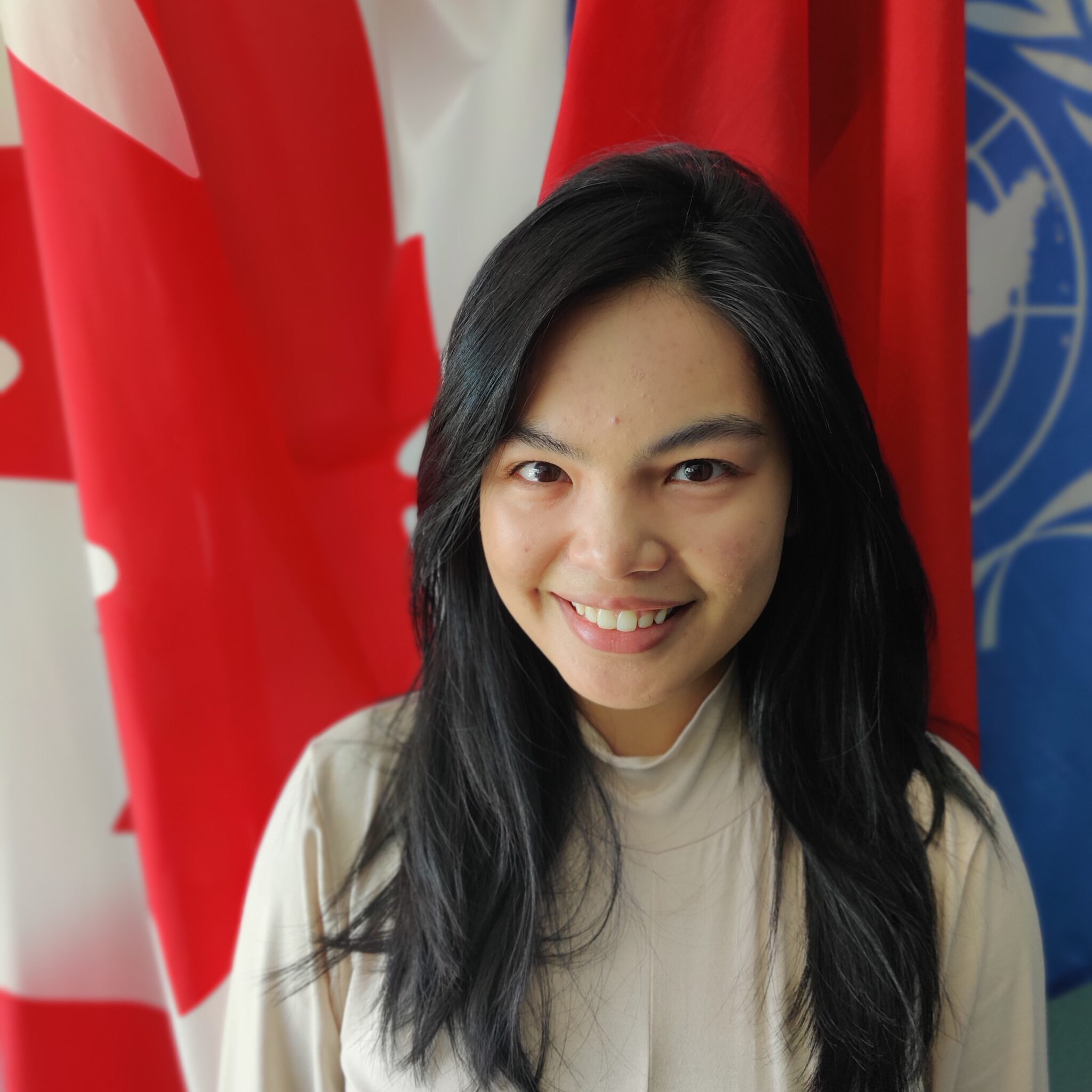 Mikaela enjoys drawing, journaling, and reading, and learning new languages. She spends a lot of time taking care of her indoor plants and spending time with her cats. Mikaela is currently completing a degree in Psychology with an Anthropology minor at the University of Manitoba. 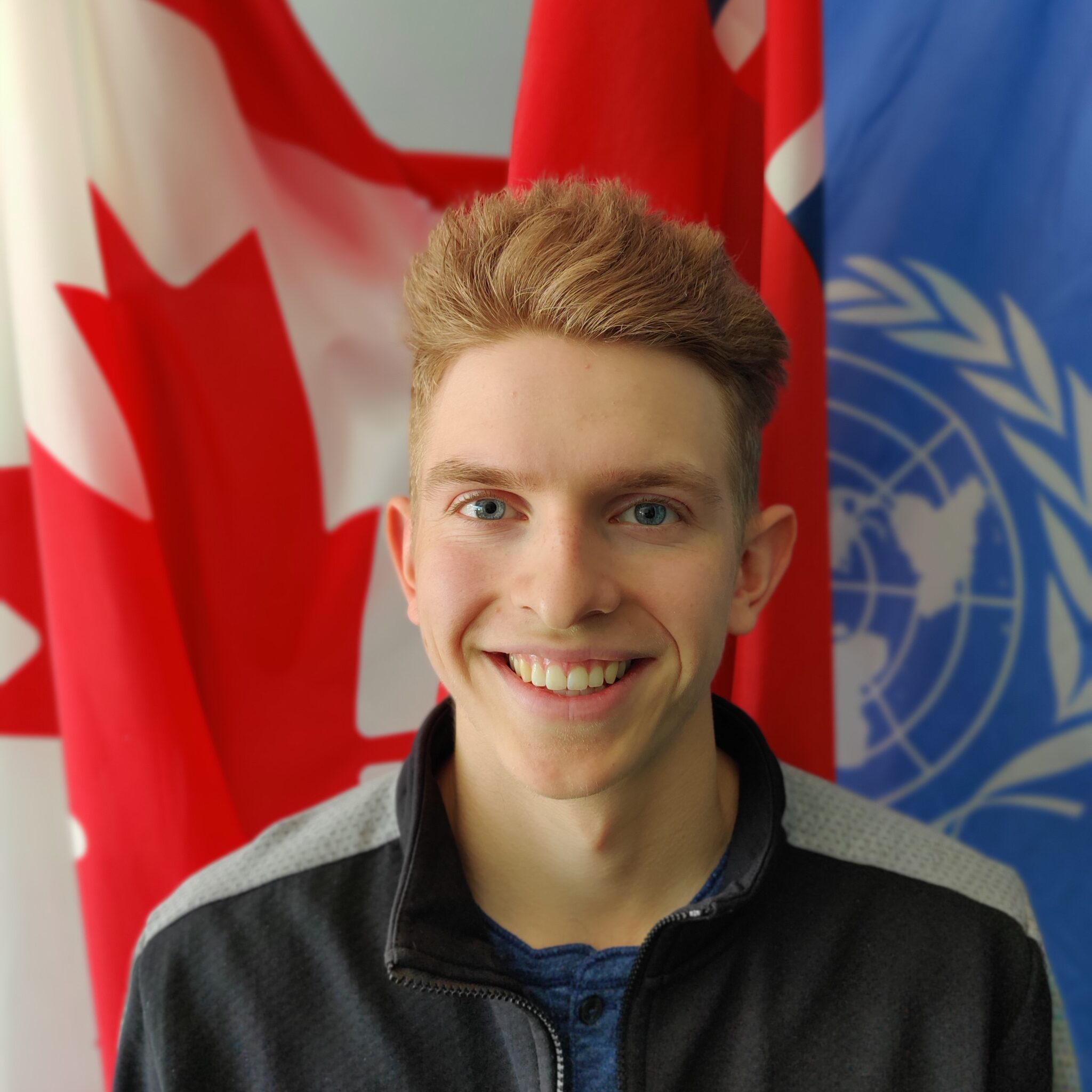 Luc is the Environmental Specialist at MOPIA that helps the team with various duties and completes research on the impact our changing environment has on Indigenous communities.

Luc is passionate about the outdoors and enjoys hiking, boating and especially fishing. When not on the water, Luc can be found on the basketball court or the walking path enjoying his surroundings in nature. He is a student at the University of Manitoba that seeks to pursue a career in Environmental Studies. 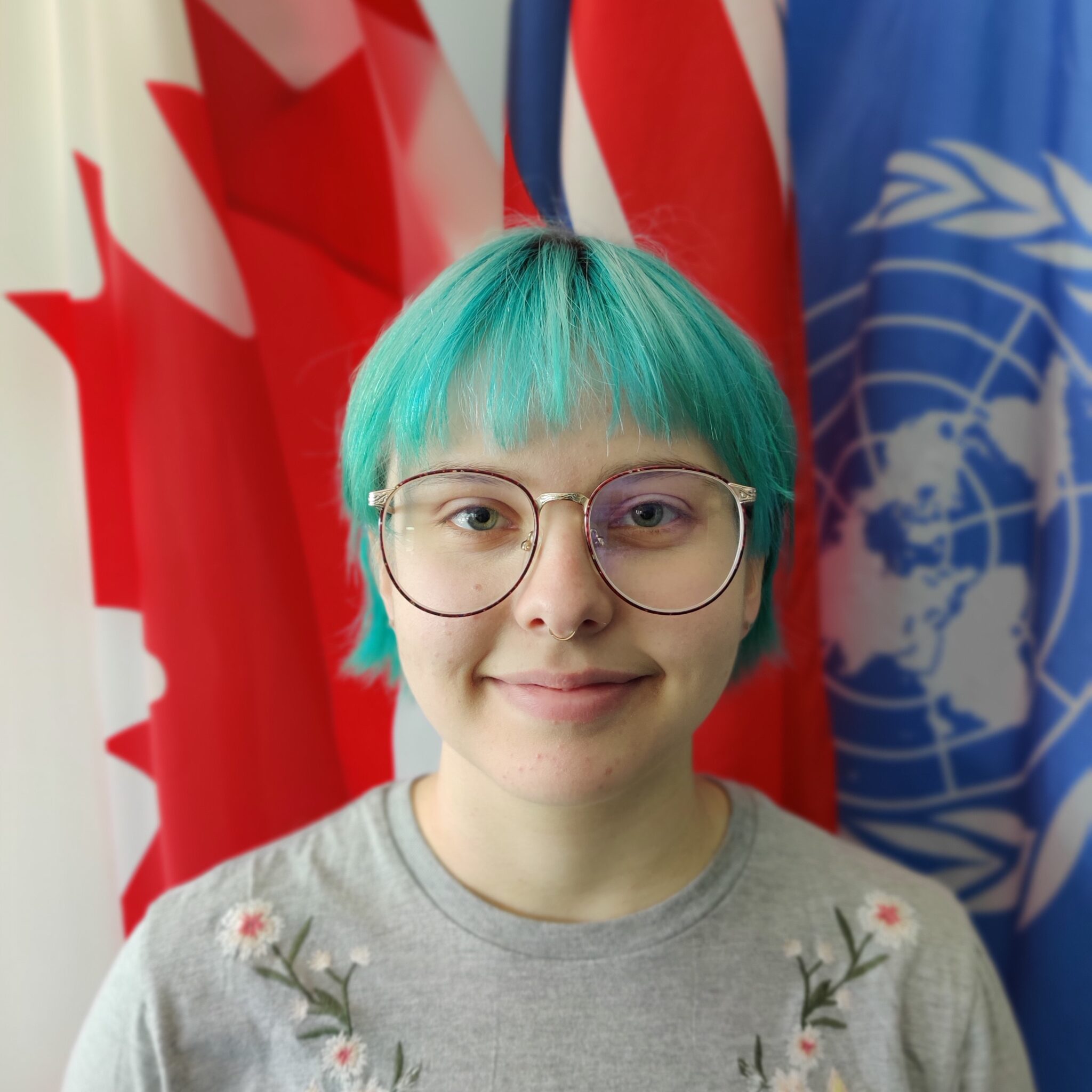 Rachael is enthusiastic about Biology and is currently working towards receiving her Bachelor’s degree at the University of Winnipeg in order to pursue her career in the protection and conservation of animals and the environment. Some of her interests include animals, art, listening to music, and gardening. She also enjoys spending time with her family and has a great appreciation for nature. 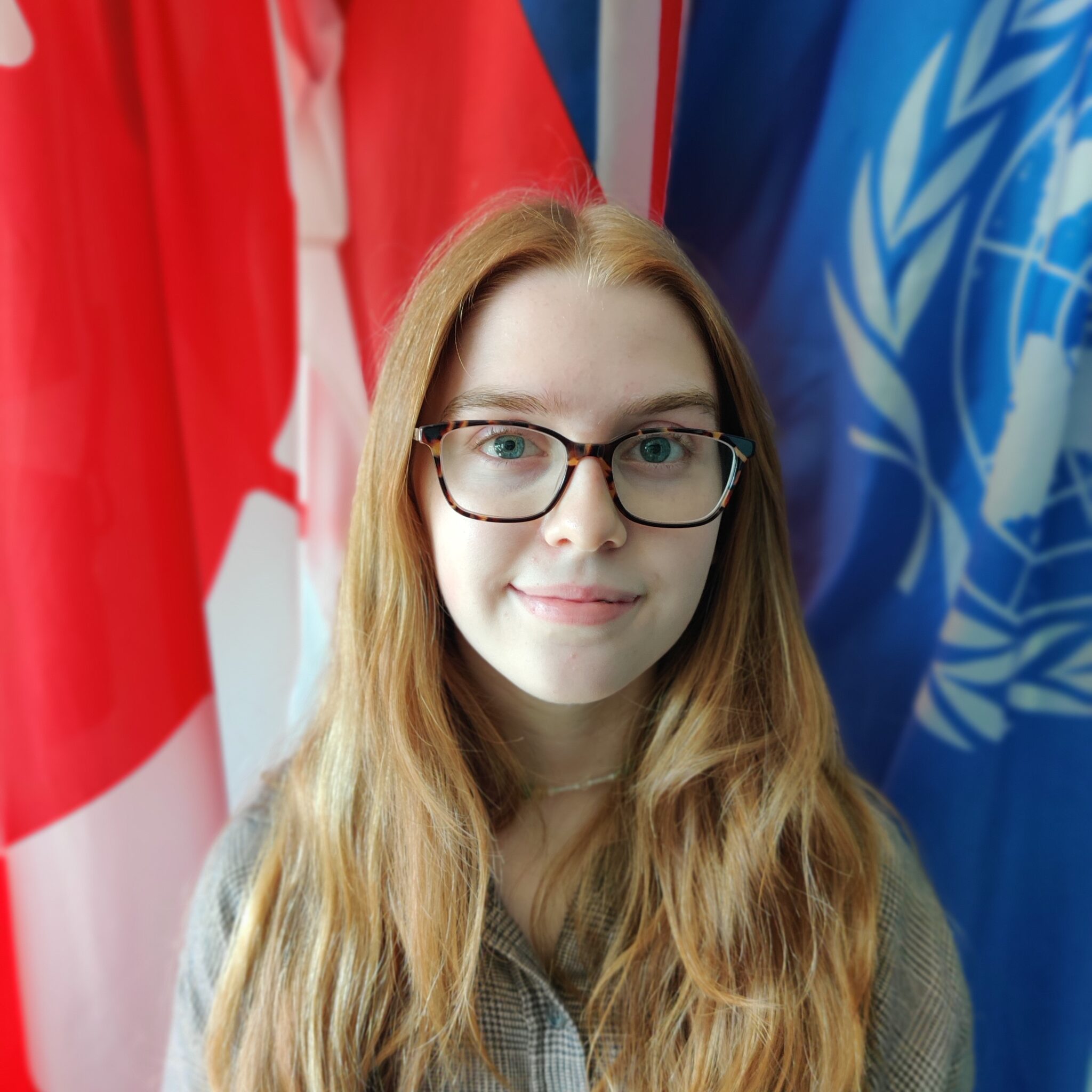 Nicole is the Climate Change Analyst at MOPIA that provides assistance to the team by researching climate change issues related to the HVAC sector, specifically the impact of GWP refrigerants on the environment.

Nicole enjoys reading, playing games with friends, and being outdoors. She is interested in technology and wants to pursue a teaching career. Nicole currently attends Léo-Rémillard.

Aleah enjoys finding and implementing innovative ways to help improve our environment. She hopes her time spent at MOPIA will increase her knowledge of ozone protection and the Earth’s climate, so that she can make a difference and help educate others. She will be starting her final year of high school in September of 2021.

Whether it’s a simple walk or a day spent at the beach, Aleah really appreciates being outdoors with friends, family and pets. She also loves any opportunity to be creative; her favourite hobbies involve: digital design, arts and crafts, as well as music.

Members of the Executive Committee (Officers)

Chair of the Board

Vice-Chair of the Board

Past Chair of the Board

John is the current Chair of MOPIA. He has held progressive positions in a number of companies relating to the HVACR industry. John was one of the original Board members of the geothermal industry associations in Manitoba. John has been a MOPIA representative to the UNEP Montreal Protocol meetings, including in the United Arab Emirates, Montreal, Vienna and Rome (2019).

A graduate of the University of Manitoba with a Bachelor of Environmental Science. She has experience with regulatory compliance (federal and provincial) and emergency spill response within the manufacturing sector. She has experience with Environmental Management Systems (EMS) and maintaining ISO14001 compliance. Meghan has represented MOPIA at the United Nations, Montreal protocol meetings and participated in working groups for updating the Federal Halocarbon Regulation.

Kent is the current Treasurer with MOPIA. A graduate of Red River College with a diploma in Computer Technology, certificates in Radio and Television Electronics, Building Systems Technicians and Administrators program, Cisco Networks Advanced CCNP (Honors) and an Advance Diploma in Technology Management (Honors). Kent is also a graduate of Thompson Rivers University with a bachelor of Technology Degree in Technology Management. Kent has worked for over forty years in field engineering and technical services and support in the computer engineering industry. He has expertise in upgrading fire suppression systems from Halon to more environmentally friendly fire suppression clean agent technology in computer data centers and power management facilities. In addition to computer engineering technology his support work and experience includes responsibility for mechanical engineering technology (HVAC), electrical and electronic engineering technology, automatic control systems, network engineering technology, building facility maintenance and construction. Kent is a 35 year Member of the Certified Technicians and Technologist Association of Manitoba (CTTAM).

Michael is a past Chair and Treasurer of MOPIA and has been instrumental in encouraging a strong Manitoba presence of program compliance and awareness. He is active on the Automotive Trades Association (ATA), Manitoba Motor Dealers Association (MMDA) and other mobile sector committees. Michael has been a MOPIA representative at the United Nations, Montreal Protocol Meetings and is a key advisor on MOPIA’s ExCom. He is also a graduate of Georgian College with a Certificate in Automotive Management.

Kirk has been as a general contractor involved in the geothermal industry as a designer and installer member of MGEA, waste water septic installer, hauler, inspector member of OWSIM, and all other construction from plumbing, electrical construction RRC 1976, UofM Ag. Engineering 1990, framing, HVAC, etc.. Also have been involved in the automotive industry for years. I have been pursuing trade updates, safety courses, volunteer projects, and enjoy educational opportunities.

Mr. Laverne Dalgleish has been actively involved in the construction industry for over 3 decades and has specialized in building envelopes, energy efficiency and building performance. Laverne is a frequent presenter across North America on a variety of topics as they relate to building envelopes, energy efficiency, green building practices, standards and quality of construction. Laverne is actively involved in the standards development process and has been involved with International Organization of Standardization (ISO) for over 2 decades, traveling around the world to develop standards for the industry. A big believer in scientific research, Laverne has been a leader and participated in a number of commercial and residential building research projects with groups such as Oak Ridge National Laboratories, Syracuse University, University of Waterloo and National Research Council of Canada. Laverne has been involved in a number of utility demand side management programs and worked with various government departments across North America such as the U.S. Department of Energy, Natural Resources Canada, Environmental Protection Agency, Environment Canada and Canada Mortgage and Housing Corporation. John has been a MOPIA representative to the UNEP Montreal Protocol meetings, including in the United Arab Emirates, Montreal, Vienna and Rome (2019).

Botho is a long-time experienced educator having dedicated over 30 years to Red River College as as instructor in the HVACR curriculum. Botho is well known within the industry having been active in various trade associations. Botho is one of MOPIA’s certification training instructors having trained 1000’s of people since the 1990’s.

Retired Fire Marshall for Manitoba Hydro and a long time MOPIA volunteer. He is a Past President of MOPIA and Chairperson of the Halon Sector and led MOPIA to Montreal Protocol Meetings in various locations including Beijing, Rome, Montreal and Geneva. Don is the Canadian member of the Halons Technical Options Committee (HTOC), which is an advisory committee of the UNEP Technical Economic and Assessment Panel. Don has his NFPA Certificate and ANSI Accreditation as a Certified Fire Protection Specialist, as well as Certificates in Continuing Education from the U of M for; Safety and Occupational Health, Human Resource Management and Public Sector Management.

Janice is a registered Professional Engineer working as the Environmental Manager at Gerdau Manitoba. On a day-to-day basis, she manages the environmental licensing and permitting for both the Metallics and Mill sites, the ISO 14001:2015 Environmental Management System processes, the Greenhouse Gas Quantification and Reporting requirements, the Asbestos Control Program and the Radiation Safety Program.

MOPIA is accomplishing the program, tasks and objectives:

The Manitoba Ozone Protection Association has achieved overwhelming success both in the public’s eye and that of industry and governments across Canada. Surely in part, this has been due to the millions of dollars that were spent and invested by Manitoba industry to provide employee training and new equipment installations. This, in an effort to ensure compliance with the requirements of the Manitoba regulation. A good indication of the success of the program is the decrease that has been noted by wholesalers and suppliers in the purchase of virgin ODS’s.

Each of the prime objectives training & education, outreach, membership and liaison activities together with the activities related to the development and implementation have been highlighted in this report and can be detailed in further by contacting Mark Miller at MOPIA

The success of the implementation of the MOPIA Ozone Protection Program can be measured, in part, by the following: